The European Space Agency (ESA) has shared a new photo of the Sun that is now the best image of the star in the history. With an ultra resolution of 83 megapixels, available for download at this link, the new photo of the Sun shows details never seen before so close and in such detail.

The photo was taken on March 7, 2022 by the Solar Orbiter satellite camera. The telescope positioned itself at a distance of 75 million kilometers from the Sun, that is, halfway between the star and Earth, to capture this incredible image in ultra resolution.

To get a photo of the Sun with such resolution, 25 images were captured in sequence. Each photo recorded a different area of the Sun and took about 10 minutes to be taken, so taking the 25 photos took almost 4 hours of capture. Later, as is usually done with panoramic photos, the 25 photos were merged (composed) into a single image. See below the final image in a reduced version of the new photo of the Sun:

The image measures no less than 9148 x 9112 pixels or an impressive 83 megapixels. To have an idea of how high the resolution is, this is 10 times the maximum display capacity of a 4k TV.

The photo features details rarely seen in panoramas of the Sun, such as the complete solar disk and its outer atmosphere, including the corona. The photo was taken with a super-sensitive camera called Spectral Imaging of the Coronal Environment (SPICE), which captures only the extreme ultraviolet region of the electromagnetic spectrum.

Launched in early 2020, Solar Orbiter is only at the beginning of its photographic records and observations in space. The spacecraft will go around the Sun more times and the expectation is that, over the years, the satellite will be able to show the polar regions of the Sun, hitherto never recorded by humans. Also read: Astronaut photographs the sunset seen from space.

If you enjoyed this post, share it in your social medias (Instagram, Facebook, Whatsapp and photographer groups). For almost 10 years we’ve been producing 3 to 4 articles daily for you to stay well informed for free. We never charge any type of subscription. Our only source of revenue is Google Ads, which are automatically displayed throughout the subjects. It is with these resources that we pay our journalists and server costs, etc. If you can, help us by always sharing the content, we appreciate it immensely. Share links are at the beginning and at the end of this post. 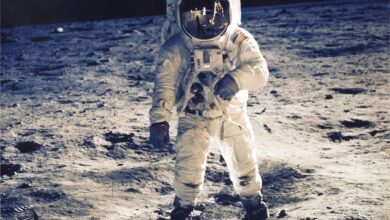